My daughter is 4 years old and she loves Taylor Swift.  I am okay with this.  My wife, not so much.  She doesn’t actively dislike her, but we got into an interesting debate the other night and it inspired me to write about it.

My daughter is currently aspiring to be a singer when she grows up.  She’s a bit torn though, as 4 year olds tend to be, between being Taylor Swift and Merida from Brave.  I am 100% responsible for that last one.

As we were watching Shake It Off on Youtube the other night my daughter said, “I want to be Taylor!”

I said, “That sounds like a good plan.  She’s a very popular singer and she started really young!”

That really got me thinking.  The debate got a bit heated because, while my wife was making an offhanded and only half serious remark, I came back at her in full, “this is why that is a ridiculous thing to say,” mode… and any man who has come at their wife in this mode knows that the fight ends with me on the couch thinking, “I was just trying to make a point…”

Here is what that point was (proving that men never learn their lesson about shutting up and letting things lie 🙂 ):

Money, sadly, makes the world go ’round.  For those familiar with Pink Floyd’s famous song, Money, it is the root of all evil… but if you ask for a rise it’s no surprise that they’re giving none away.

Being relatively poor most of my life, I’ve dreamt of being rich and how wonderful it would be.  Who hasn’t at one point or another?  I imagine that if I were to become a superstar right now I’d have a good head on my shoulders about it and be able to handle the pressure.  I’d be smart, or so I tell myself.

Taylor Swift made her first record at 16.  According to wikipedia, “she is the youngest singer to single-handedly write and perform a number-one song on the Hot Country Songs chart.”  She then went on have the best selling album of the year in 2009… at 19.  At 26 she is now making 80 million a year and has a net worth of nearly 200 million dollars.

She is a year younger than my wife.

I asked my wife if, at that age, she had been given that kind of money, how she thought her life might have changed.  She claimed she would not have been different.  I think that is almost impossible.

I can tell you that, as a 36 year old man, I have yet to finish maturing in many ways.  At 19 years old I was quite possibly one of the dumbest people on earth.  If I had been given millions of dollars at 19, I can guarantee my life and my per
sonality would have taken a whole different road.

I would have gotten myself into a whole heap of trouble because the stakes are so much higher when you have the cash to open doors that are closed to most people.  Money turns wild ideas into reality.  At 19 I thought some pretty insane s**t.  Put into that kind of place I think I would have made a lot of decisions I would grow to regret.  Not because I was a bad person at heart, but because given that kind of freedom, power, and pressure at an age and maturity where I wasn’t equipped to handle it would have tempted me past my better judgement.

Many people try to argue that they would be the same person, but I think this is a lie we tell ourselves.  Human beings are defined by their struggles.  All the failures you’ve had to overcome have moulded you into the human being you are.  True, some base form of your nature may remain, but having that kind of money would drastically alter the type of struggles you would encounter.  Which leads me to point number 2…

2. Trust Is A Complicated Thing

My wife argued that she would not have gotten into so many strange relationships with men no matter how much money she had.  I tried to argue that trust is a perilous thing even in the best of circumstances.

Show of hands here from the people who have been burned by someone they trusted.  Keep them up if you have been burned by someone you were in a relationship with.  Now think about how much more complicated that situation becomes when you are world famous and have a heap of cash at your disposal.  Think of the number of flies you would have to swat at daily.  Think of all the work you would have to do to shield yourself from the people who were after everything but the you you so desperately wanted them to know and see and love. 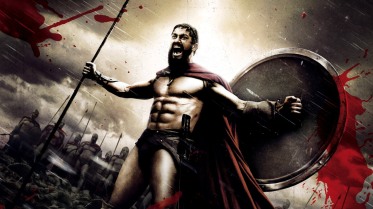 How isolating and frustrating must that be?  The only people you would be able to truly bear everything to would be the ones who were around before it all blew up.  Very few people have lifelong friends that they grow to trust implicitly at age 16… let alone loves of their life.

3. Monogamy Is A Choice.

Before I get too many people ready to shoot fireballs at me, let me explain.  I am a happily married man and I have no desire to be with anyone other than my wife.  I love her with all my heart and I am happy to be with only her till I die.

That being said, that lifestyle is what works for me.  If a celebrity, or any other person for that matter, is living a lifestyle that you do not approve of or prescribe to than you are free to voice your opinion, but keep in mind the words of Charles A. Dana, “Fight for your opinions, but do not believe that they contain the whole truth, or the only truth.”

Since the rise of western religious doctrine the norm has become, “one man, one woman.”  That does not mean this is correct for everyone, even if the majority feels it is.  Human beings have to learn to let other people live how they feel comfortable, even if it makes us uncomfortable.  It isn’t our life.

One of the oddest things about celebrity is it brings about an open invitation to have your life evaluated and picked apart by any and all human beings.  Why?  Well, you asked for it, putting yourself up there on that pedestal.

Is that really sensical?

I listened to someone ripping another person apart at work the other day and I had to interject and ask how much they really knew about her personally.  The answer was, “you mean outside of work?  I don’t know anything about her.”  But he felt totally justified in lighting her up like Times Square on New Years because she did some things he thought were silly.

The truth is, we all have a story.  It’s complicated and convoluted.  It has many twists and turns and there are millions of little bits you hide from the majority of the world.  A select few know the real truth about you, and those people are the diamonds in the rough.

Now, hands up again if you’ve ever been laid into by someone who knew f**k all about you, but still took it upon themselves to assume.  How pissed off did that make you?

Thinking about celebrities, none of us know them even the slightest bit, but people love to talk as if they do.  We think that because we read something about them online or in a magazine that we understand the width and breadth of their life and are free to pass judgement on it.

That was the part that got me fired up, to be honest.  How in the world can we as rational, intelligent human beings assume to know the first thing about someone like Taylor Swift?  Let alone enough to be able to say, “she’s a slut.”  Really?  Do you hang out with her?  Does she confide all the deep dark secrets of her soul to you?  No?  Then knock it off.  You don’t know her any better than you know Santa Claus or Mickey Mouse, so what gives you the right to throw off judgement?

I have my own life to live and my own baggage to carry.  You have yours.  Taylor Swift has hers.  My feeling is, why am I going to judge a life I am not living?

Which brings me to my last point…

The reason why so many people are willing to cast judgement on celebrities they don’t know is because human beings take some twisted satisfaction in seeing people fall from grace.  We like to drag people down.

One of my favourite bloggers, empress2inspire, wrote a wonderful piece on empathy that bolsters this point I feel.  People simply lack the desire to empathise with other human beings, especially if that person is perceived to be higher on the totem pole.  Why?  Well, they got all the way up there, so why am I going to feel any compassion for them?

Because they are human, and so are you… I hope.

Bringing others down or judging them, especially when one knows next to nothing about them, will never help one move into their place.  I wish we could learn to stop doing this because it’s just sad.

Newspapers and the internet are trying to get readers.  How do you do that?  Sensationalism.  That’s a fancy word for making something bigger than it is, or even making something of nothing.  If you need a visual, it looks like this:

And people eat it up because we, as a society, lack compassion.

We have no shortage of judgement though.

My advice to you is this:  Think back to a time when someone said something hurtful about you and hold that feeling in your heart for a while.  Then, the next time you start bashing another human being, celebrity or not, remember that hurt.  Remember that, innocent or not, you are attacking another human being that you might not know well enough to really be making those judgements about.

Next time, try and think well of them, even if they’ve given you no reason to.  Why?  Because focusing on the good only makes your life more positive.  I would rather think the best of people, as naive as that may sound, because thinking negatively only makes my own life that much darker.

As far as celebrities go, feel free to dislike their work.  But don’t be so brazen as to think you have a right to judge their life as if you know anything about it.  You don’t.  You can’t.  What you know was fed to you by a writer with an agenda.  Be smarter than that.

More importantly, be more compassionate than that.

12 thoughts on “Of Celebrity & Judgmentalism”