Pinpoint a moment in your past where you had to make a big decision. Write about that other alternate life that could have unfolded.

The day was March 11th, 2011.  I was living in a small town, teaching English to junior high school students.  It was their graduation day that day, a whole class of children were moving on to high school in a week.  Many cried, many laughed.  To be honest, up until 2:45 that day, it had been a really good day.

The graduation finished at around noon and the teachers all headed back to the staff room to pretend to work.  I sat at my desk, typing away as always.  I was trying to put the last touches on the novel I was writing.

Then it hit.  I heard it coming up through the ground before I felt it, and every sense in my mind told me to run.  I shot up from my desk, slammed my computer shut, and bolted for the door.  The other teachers actually laughed at me.

They wouldn’t be laughing long…

I lived through the Tohoku earthquake that struck Fukushima, Japan nearly five years ago.

The fear I felt that day was like nothing I had ever felt in my life.  The school I taught in was only three stories tall and I was on the second floor when it started to really shake.  I had to slow to a walk before I got out of the building because the ground beneath me had literally become akin to a bounce house.  Once I got outside I knew I had to get to open ground.  Every survival drill I had ever been through in my life growing up in Southern California kicked in and I fled to the center of the soccer field.  When I got there I sat down and cried.  The windows in the school busted out, the cars in the parking lot were hopping back and forth, the sign for the convenient store across the street collapsed on top of the building.

It felt like hell was coming up out of the ground.

The tragedy of that day was immense and my part in it was so minuscule as to be irrelevant.  People lost everything they had ever owned: homes, loved ones, their sense of security… and they had the pain, isolation, and uncertainty of the coming years to look forward to.

I was just a punk kid who had never had to really take responsibility for anything before that day.  I had a wife, had been married for a whole whopping 5 months, and I was expecting my first child any day (yes… do the math and you will know that I am another in the long list of men who put the cart before the horse.)

So there I was, 31 years old, been out of college for two years (again, do the math and you will learn that I made a lot of bad life decisions before I realised school was where my ass belonged) and I was scared.

I escaped to my wife’s family home on the far side of the prefecture (read: state or province) and we watched as the reactors that were within 30 kilometres of my apartment began to erupt.  That put an end to my home and my job.

I was a homeless, jobless father and husband, and I began to panic.

News of the radiation began to run everyday and more and more of the teachers and friends around me began to escape back home.  The walls were coming down and I had to make a decision.

In hindsight, it is one decision I regret most in my life, but it is also the most important failure I have ever suffered.

My daughter was born on April 1st, 2011 – 21 days after the tragedy – and we waited a month.  Then I packed us up and headed back to the United States.  I had a BA in history and East Asian languages, no real job experience outside of restaurants and grocery stores, and no other qualifications.

I went back thinking I would become a police officer.

In hindsight I can tell you this was an idiotic pipe dream.  I thought I would be a good police officer for all the wrong reasons and my temperament is completely unsuited for police work.  This came out during the process of trying to get the job and I was shot down like a one winged duck.

When we went back to the US we started in Texas.  We received a hefty sum of money from the power company for having lost our home and it should have been able to sustain us for a long time.  The problem was me.  I was so cocksure, having gone straight out of college to a job in Japan that was paying me well beyond my worth, that I thought I was due to get a similar job back home.

The United States quickly reminded me how few shits they give about such conceit.

I was spending money we couldn’t afford to let go of on things we didn’t need because I couldn’t see anything but a rosy outcome for us.  We had lived through the nightmare after all, things had to go up from there!  They didn’t.

In four months it became painfully obvious that Texas was a bust and I put my 4 month old daughter and Japanese wife into a used Toyota 4runner, loaded all our belongings into a U-haul trailer, and drove 2 days out to California.

Our luck there was even worse.  I had to take a job at Starbucks, working for a kid that was 26 and had a degree in business who tried to lecture me on the ins and outs of making it in the world.  Life was literally slapping me in the face for all of my cockiness.

I came home every day to a crying wife, a growing child, and a the inescapable feeling of failure.

My whole life had been ripped apart and I had been asked to make a decision that was too big.  I tried to hold my wife and promise her that things would be okay, but we both knew it was a lie.  Everything had gone wrong, then it had gone worse.

After 8 months the reality had hit that America didn’t want us.  I was suffering from Ulcerative Colitis, which is a fancy way of saying I had ulcers in my large intestine.  I had become anaemic from constant blood loss, I was so weak that standing up from a crouching position had caused me to black out and collapse more than once.  The doctors told me, because it had been diagnosed in Japan, any insurance I tried to sign up for would consider it a pre-existing condition.  Without insurance my medication cost nearly $1,500 a month.  So I couldn’t buy it because I had already deprived my wife and child of enough.

This is not my cry for sympathy, or an attempt at seeking consolation, but I honestly had the thought that, “at least if this thing kills me, they’ll get to go home and be out of this never-ending bullshit.”

In the end we sold everything we owned and bought two rolling duffle bags from Wal-Mart.  My wife cried that day too.  I almost bought something more expensive and she screamed at me in the middle of the mall.  If you knew how incredibly tough she is, you would understand how far she had to be pushed for it to come to that.

We took what we had left in clothes and packed it into those bags.  All we had had to fit onto the plane to go back to Japan.  8 months of running around and wasting money had come to naught and I was going back with my tail between my legs.  This also worked hell on my relationship with my wife.  It was not until the past year that she could come to a place where she trusted me not to waste all of our money.  She controlled it all.  I went to work 6 days a week, got paid nearly 45,000 a year, and had an allowance of 200 dollars a month.  That was the only money I had any say in.  That’s what my little sojourn got me, and I earned every second of it.

In the end, we survived.  We came back, I got a good job (after first getting a bad one and nearly ending my relationship with my wife forever) and we have been living happily in Osaka for 4 years.

“Every f*ckin’ beatin’, I’m grateful for. Every f*ckin’ one of them. Get all the trust beat out of you. And you know what the f*ckin’ world is.”

Sounds dark, right?  I don’t look at it that way.  I am grateful for my beatings because I have learned something from them.  If you rise up a better person, then the beating was worth it.

Looking back and longing for a different outcome belittles the lesson you learned from your failure.  A person is not defined by their successes, but by their failures.  I don’t remember who said that one…

Life beat the ever living shit out of me for nearly a year.  Between March of 2011 and February of 2012, I lost every single toss of the dice, and badly.  I lost in ways many people may never known or understand.  I spent nights alone in the toilet crying because I couldn’t let my wife see that I was more afraid than she was.

I was burned down to the very last inch and I rose a better man.  I am twice the person I was 5 years ago and I got there by going down this path.  As painful as it was, it was the only way I would become this man, and this is by far the best version of me.

Suffering made me a man, and I don’t begrudge it.  To give you another of my favourite Al quotes:

“Pain or damage don’t end the world. Or despair or f*cking beatings. The world ends when you’re dead. Until then, you got more punishment in store. Stand it like a man… and give some back.”

So I’ve learned to stand it like a man and give some back.

Don’t daydream about what could have been.  Keep your eyes forward, remember the lessons you learned from going down the wrong road, and choose more wisely the next time.

To be clear on one point, my true suffering was of my own design.  The real victims of the Tohoku earthquake and subsequent nuclear disaster suffered in ways that cannot be truly defined.  The children I taught, many were separated from the friends they had grown up next door to their whole lives, only to be shipped off to new schools and isolated for fear of their being ‘irradiated.’  Think of what must have been running through their minds only hours before… they had just graduated.  They were going to be brand new high schoolers.  The whole world was right in front of them… and then it wasn’t.

Families lost loved ones, homes, everything.  They literally lost everything.

To the true suffers of this tragedy, my heart will always go out to you.  I wish I could somehow ease the suffering you have felt, but I know I am no more capable of bringing down a mountain than salving such an incredible pain.

My wish is that no one should ever have to suffer something so horrible again, but alas, the world will continue to punish and we as humans must find a way to come to the aid of our brothers and sisters when it strikes.

It is in these moments that humanity is called to question.  We must not fail to answer.

Follow Sticks and Stones on WordPress.com
Join 246 other subscribers 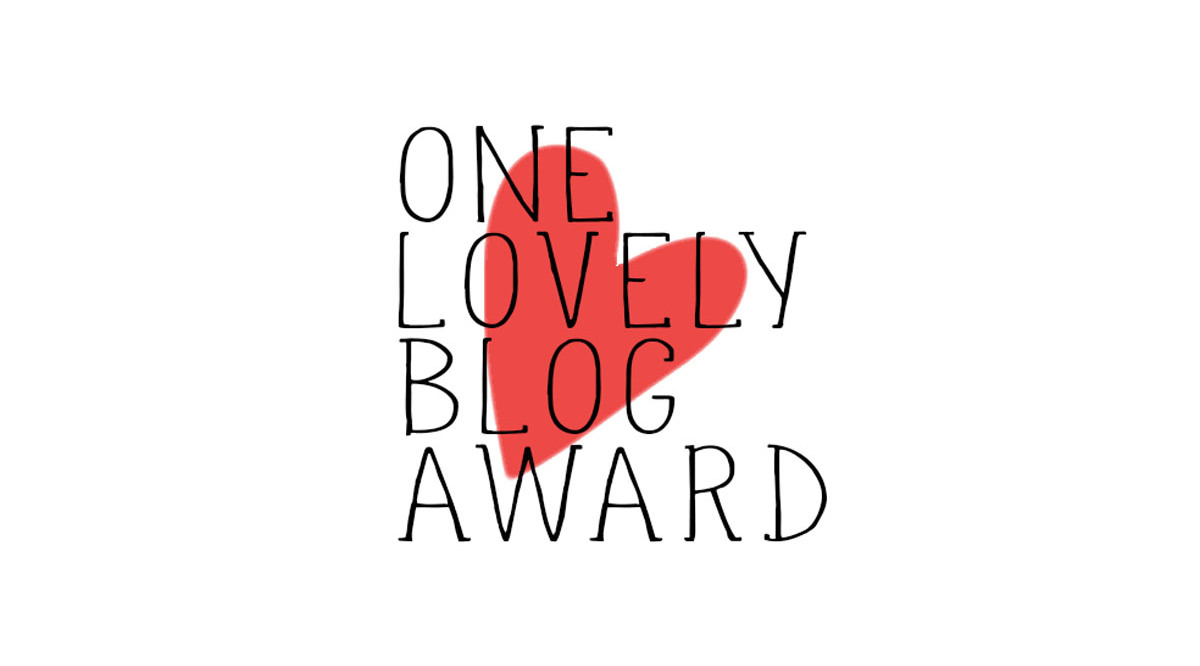